Games for kids between 2-3 years old 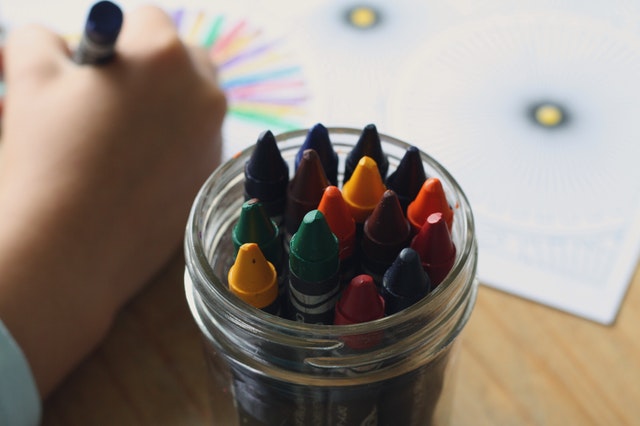 Fun with colours is something kids of this age group enjoy. Let their imagination run wild with vibrant colour markers, crayons or paints to be used on poster board with each child’s name written on its back. The paper can be taped on top of a table if it is a small gathering. If the weather is pleasant and it is a day party, the poster board can also be taped to a fence.

Dancing is something young kids love. Play popular numbers and let them enjoy freestyle dancing. Another game that can be coupled with music is the stop and go dance game. Let the kids dance freestyle and suddenly stop the music or shout freeze. Whoever moves is out of the game. The last one remaining is the winner.

Kids between this age love parades. You can make your very own party parade using musical instruments at home – drums, flute, horns etc and have them follow you around the house. You could also use streamers, balloons and ribbons and have a dance parade.

Pick and choose party items or knick-knacks and hide them around in the party area or the backyard. Show them an example of the items you have hidden and ask them to find them. The one who finds the most items gets to help hide the items for the next round. Make the children return the hidden items to the basket and hide them again. After the game gets over, divide the treasure hunt equally amongst the children. Treasure hunts can also be modified and organised for older age groups with an increased level of difficulty.

Games for kids between 4-6 years old 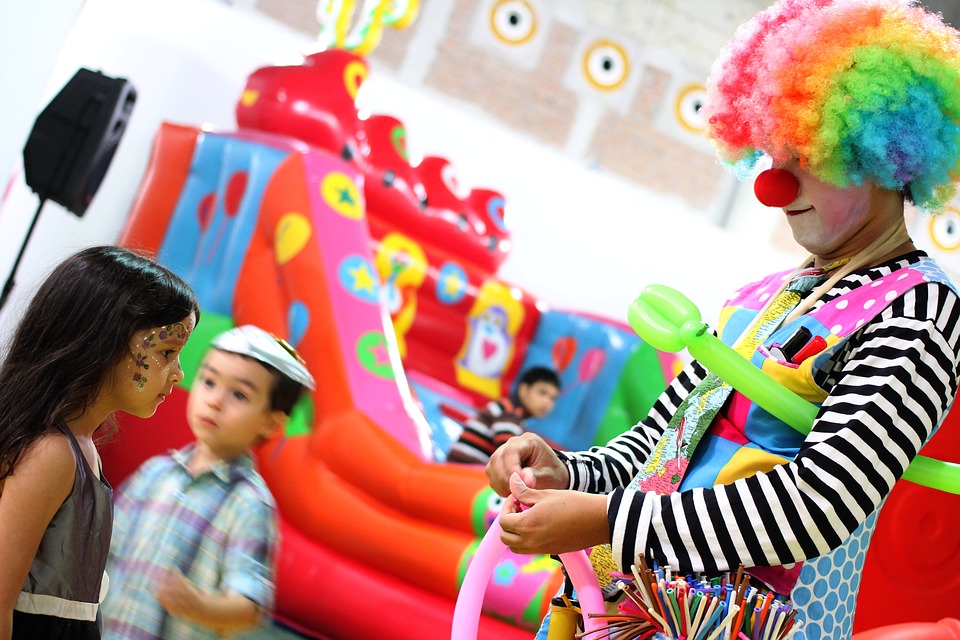 A game kids love no matter what their age is. Just inflate a bunch of balloons or fill them up with water and let the kids enjoy.

An all time favourite of kids between this age group, this game can involve a large number of the party group in one go. Arrange chairs according to the number of kids and make them walk besides them along with music. Once the music stops, kids have to sit on the chair next to them. Keep reducing the number of chairs after each music interval. The kids who are unable to find a chair to sit have to leave the game. The last one sitting dons the winner’s hat.

Kids race with each other in teams while holding a ping-pong ball or an egg or any other small ball on a wooden spoon in their mouth. The team that has all their players finish the course first is declared the winner.

After dividing the kids into teams, make them swirl the hula-hoop around their waists. The team who does it for the longest time wins. You could also make the team members hold hands and without letting go of their hands make them move the hula hoop over their bodies to the end of the line and back. The team that drops the hoop finishes last.

This game involves just a stick that is moved closer to the ground after each round of kids trying to go underneath it without touching it. Begin with keeping it four feet off the ground and let the kids start passing from underneath it. If the kids touch the stick, they get disqualified. The player to successfully make it below the limbo stick without touching it and at the lowest possible height winds it.

Games for kids between 7-9 year old 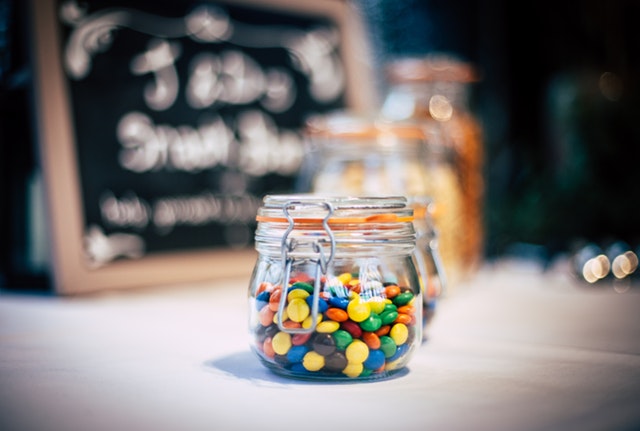 Write down names of birthday theme items on a piece of paper and mix them in a bowl. Make two groups of kids making one group enact the name while the other group has to guess what’s being described. The group that gets the maximum correct answers wins. 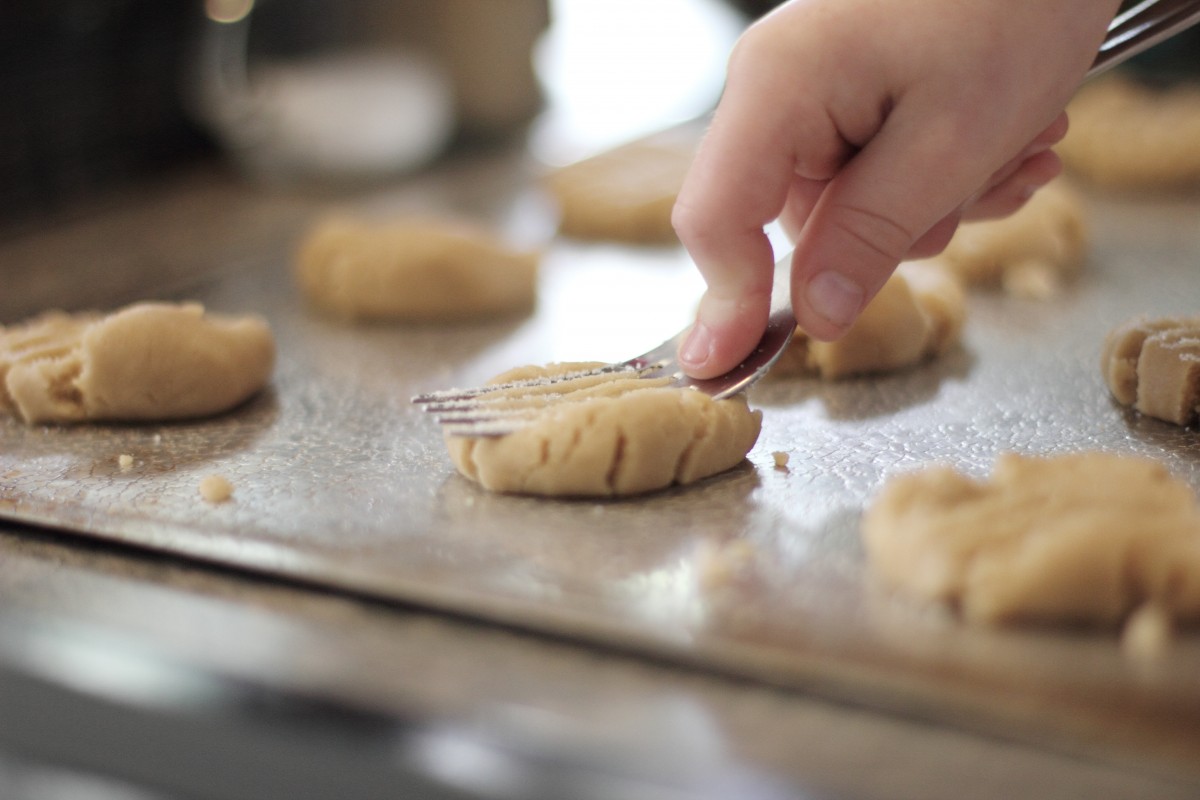 Fun in the kitchen

Let the kids have a field day in the kitchen as a part of the birthday party and let them enjoy cooking a pizza or a pancake.

If it’s summer time and there is enough room in the backyard, a number of games can be played outdoors including Volleyball, basketball or even cricket. And if there is a pool and the weather permits, nothing beats the fun in the water.

If it’s some quiet fun that you are seeking, organize a movie evening as a part of the birthday party. Have substantial finger foods and popcorns stocked up to keep the kids munching and enjoying their favourite movie. This could be followed by a movie quiz too.

Music always livens the atmosphere. Get the kids to croon along their favourite numbers. You could also turn this into a contest with the non-singers turning into judges or even dancing to their tunes.

Get the Latest App, Today!

We're here to help! Book a FREE consultation with our Experts

Get a personalized daily curriculum of over 1200 skill building activities

Receive weekly advice and guidance on child development in your inbox